Sablier Protocol is a real-time financial protocol on Ethereum, which supports continuous, self-owned, and trustless bills. However, because this form of the statement of funds is agreed upon by the creditor (employee) to the debtor (employer), it can also be used to repay loans in a current flow.

Generally speaking, even if Internet employees are excellent, there is no way to choose a private equity incentive distribution (Vesting) plan based on the convenience of company management.

Because the ETH-based money streaming protocol benefits from blockchain accounting technology and delayed issuance, it can achieve near-real-time funding at the lowest cost. Because of the gas fee, you don't need to withdraw the extractable part of the stream at any time.

The xHalfLife protocol is designed to be faster and slower. Any excellent company such as nVidia and Intel is growing exponentially in market value. People who are not good at waiting may be eager to cash out due to difficulties in living. When the company's value was low, these people cashed out a lot of stock chips. We hope that such a design can flow smoothly.

Inspired by the half-life of radioactive elements, we designed xHalfLife as follows:

The parameters of the xHalfLife protocol have 4 parameters: NumStart, K, ratio and eps. Under this protocol, the user's funds are divided into two parts:

That is, half of this time unlocked.

2.2 xHalfLife's implementation method based on Ethereum

For technical reasons, other operations can be replaced by addition and subtraction.

Then the display precision is solved with decimal (uint + floating point position).

There are two implementation methods:

Release speed: the same ratio∗K can be regarded as approximately equal release speed.

Sender: the capital flow of funds(tokens) is created and sent by this address;

Recipient: the capital flow of funds(tokens) is sent to this address;

Deposited: The number of tokens that the sender has pledged in the corresponding capital flow;

Withdrawable: The number of tokens that the sender can redeem in the corresponding capital flow;

Startblock (When Should Start): From which block to start deploying the capital flow of funds you want to create. Here we will display 10 blocks ahead of the current mainnet block by default. You can also query through https://etherscan.io/blocks and fill in the appropriate block yourself. Note: Do not fill in outdated blocks.

Status: the current status of the capital flow. There are three states: Waiting (the flow is waiting for execution to take effect); Streaming (the flow is executing); Ended (the flow has ended).

Unlock K Block: means that every K blocks, the capital flow you have created sends a fund (token) corresponding to the unlock ratio to the recipient;

Unlock Ratio: means that the proportion of each unlock amount to the total funds (tokens) of this capital flow.

Fund: means that you can add funds (tokens) to the capital flow that you have created and are still in the process of execution, and the interval block K and the unlock rate are unchanged. 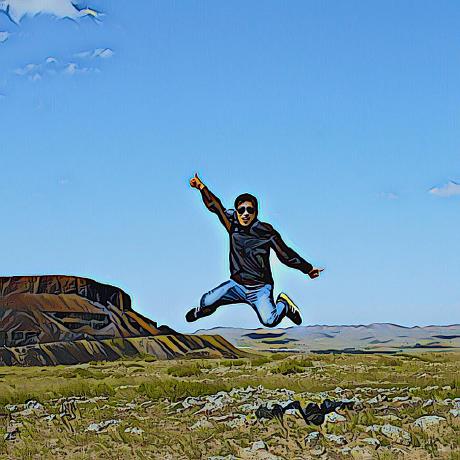